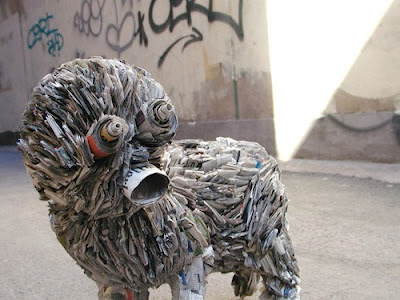 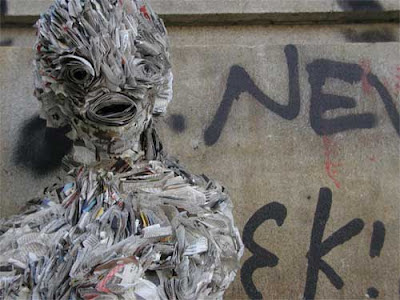 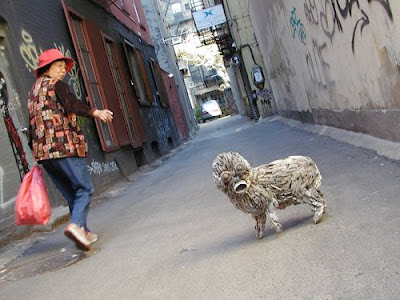 rolled-up newspaper sculptures by Nick
Posted by Emily Lloyd at 7:41 PM No comments:

"Power Crazy Senior General Than Shwe": a call for poems?

Myanmar poet Saw Wai was arrested Tuesday for publishing what appears to be a very bad love poem with a hidden message: it's an acrostic, and read vertically, the first word of each line forms the phrase "Power Crazy Senior General Than Shwe."

Than Shwe is the leader of the country's military junta. If I ran a well-trafficked online lit journal, I'd be calling for a quick "Power Crazy Senior General Than Shwe" acrostic issue (probably have to go with the first letter, not first word, of each line, unless you're writing in a language--like Saw Wai's Burmese--that can accomodate "Shwe" as a first word). As it is, I haven't been writing poetry for a while, and could use an assignment with constraints. I'll be working on a "Power Crazy Senior General Than Shwe" poem today.

UPDATE: Congrats to AJPL for making this chapbook happen.
Posted by Emily Lloyd at 9:54 AM 6 comments:

I'm interested in flipping through David Levy's 2007 Love + Sex With Robots at some point--and cracking up over graphic novel writer Warren Ellis's Three Laws of Robotics, of which this is the second:

Robots do not want to have sex with you. Are you listening, Japan? I don’t have a clever comparative simile for this, because frankly you bags of meat will fuck bicycles if they’re laying down and not putting up a fight. Just stop it. There is no robot on Earth that wants to see a bag of meat with a small prong on the end approaching it with a can of WD-40 and a hopeful smile. And don’t get me started on that terrifying hole that squeezes out more bags of meat.
Posted by Emily Lloyd at 11:21 AM 1 comment:


YouTube link
Posted by Emily Lloyd at 7:40 PM No comments: 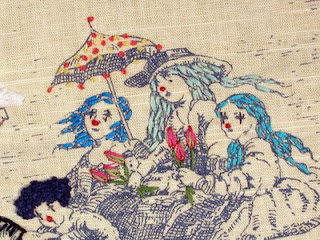 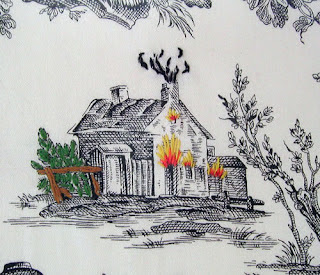 via Neatorama
Posted by Emily Lloyd at 7:02 PM 2 comments:

On playing "Apples to Apples" with the children