Well do I remember being shut in a windowless room at 16, first day on the job at General Cinema, to fumble a training cassette into a sad VCR and awkwardly learn what my work would entail (all the while feeling like I was being watched). In retrospect, I wish I had sought work at Wendy's, if only to be locked in a room with these. Many more on YouTube.


"Then hand that drink to the Coordinator, and tell the guest you'll see him later."
Posted by Emily Lloyd at 9:58 AM No comments:

[My favorite poem from Belz's Lovely, Raspberry.
More Belz, including this poem, at ucity review]


Considering how little new there is to say about varmints
perhaps one can write something new about vittles,
or if the mood of the room in which one is writing
is cast perfectly for such an occasion one might even
venture to write something new about vittles that also
discusses or touches upon the interests of varmints,
for varmints are known to prefer certain vittles over others
and to reject some vittles entirely, such as anything leafy.

Leafy edibles might not even be properly defined as vittles,
in which case one inevitably turns one’s attention to parsnips.
Rumor has it that there is a certain kind of varmint that,
while unilaterally rejecting leafy edibles, will in fact partake
of a parsnip if the mood in the room is cast perfectly
for such an occasion, or indeed if the white china is so white
as to remind that varmint of the moon and set him to baying;
he might even partake of bay leaves if that is the case.

Bay leaves, however, and in fact parsnips themselves,
have traditionally been associated with critters,
what with the diet of critters being almost entirely leafy
and not at all thought of as vittles. It is almost comical
to imagine a critter munching on vittles. Let’s say,
however, that you’re stumped for ideas for your writing;
in this case, you might try picturing in your mind
a critter eating vittles—or a varmint eating leafy edibles.

Such fancy performs the function of a mental crowbar,
that is to say, it can if you allow it to perform that function:
you will suddenly remember three or four really sucky
moments of your childhood that you had suppressed,
and they will arrive in your mind with their own lexicons
and their own contextualizing power that is so overpowering
as to recontextualize even your recent thinking about vittles
and all the new things you had hoped to write about them.
Posted by Emily Lloyd at 12:21 PM No comments:


I love the joyful ways she sings boobies--a departure from the original lyric.
Posted by Emily Lloyd at 11:49 AM No comments:

It all got started during a winter day walk of Tellervo Kalleinen and Oliver Kochta-Kalleinen in Helsinki. Perhaps it was due to the coldness of the day that they ended up discussing the possibility of transforming the huge energy people put into complaining into something else. Perhaps not directly into heat – but into something powerful anyway.

In the Finnish vocabulary there is an expression "Valituskuoro". It means "Complaints Choir" and it is used to describe situations where a lot of people are complaining simultaneously. Kalleinen and Kochta-Kalleinen thought: "Wouldn´t it be fantastic to take this expression literally and organise a real Complaints Choir!"


From the Complaints Choirs of the World FAQ:

HOW DID IT ALL STARTED?

We just realized that people complain a lot, no matter what their life circumstances are. Whether they live under socialism or capitalism, whether they are rich or poor, young or old. We wanted to tap into this unending source of energy, we wanted to transform this complaints energy into something else, something surprising. The idea itself stems from the Finish word "Valituskuoro" - which means Complaints Choir. We wanted to see what happens if one takes this term literally. We tested the project in Birmingham (UK) in 2005. The song "I want my Money back" created during a complaints workshop at Springhill Institute became an instant hit on the net.

DID YOU WANT TO COMBINE SINGING WITH POLITICAL PROTEST?

Complaints Choirs are not intended as protest choirs or an agit-prop revival. The political complaint is only representing a small margin of the wonderful world of complaints. Why should such important issues as broken underpants, boring dreams or spying neighbors be excluded? On the other hand the private, the personal, can be very political at the same time. If somebody complaints "I have too much time!" it can be seen just as a personal tragedy, but it also points to a major defect of the capitalistic society, which sidelines people because they are of no use in the production cycle.

HOW DOES A COMPLAINTS CHOIR COME INTO EXISTENCE?

All citizens of a particular city are invited to complain about anything they want and to join the choir. At the first meeting the freshly formed choir decides democratically on the content of the song. A local musician composes a tune for the text which is then rehearsed in 4 or 5 meetings. In the end the choir performs their collective grumbles at different locations in the city.

The Complaints Choir of Copenhagen:


You can see lots more complaints choirs' performances here. It doesn't appear that Minneapolis has one (yet).
Posted by Emily Lloyd at 9:09 PM 1 comment:

Playing Kern Me, the beautiful kerning game, is like scratching a wonderful itch. Test your kerning skills against a typographer's. 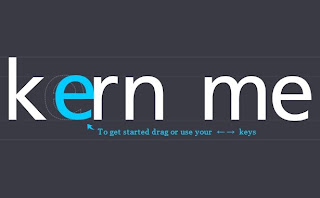