I know it's been around for a while, but 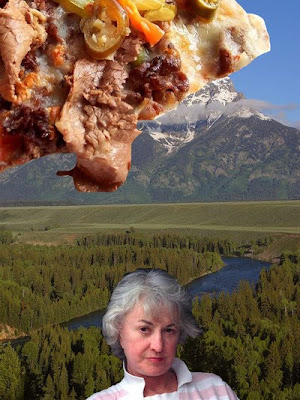 You can request your own celebrity landscape food combos here.
Posted by Emily Lloyd at 9:42 PM No comments: 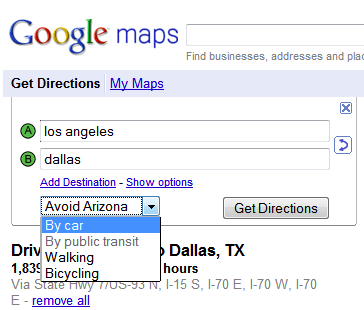 via
Posted by Emily Lloyd at 7:46 PM No comments: 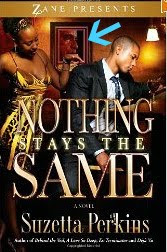 The framed Obama poster is on both the front and back cover. You can't see it in this image, but "Hope" is stamped across Obama's forehead.
Posted by Emily Lloyd at 2:16 PM 1 comment:

Don't you try and tell me who I am.

I followed a path from the family's YouTube channel to Ragamuffin Soul, Carlos Whittaker [The Spoiler]'s blog, which I enjoyed wandering around in--especially when I found this post.
Posted by Emily Lloyd at 9:54 AM 7 comments:

I'm still reading and enjoying One Sentence (I mentioned it here about a year ago) which posts "True stories, told in one sentence" from a variety of anonymous contributors--PostSecret without the visuals, and probably with more focus on the construction of the sentence. Here are some sentences from the blog I've held on to since last posting about it:


I came across an old lady laying on the side of the road in the middle of the night and when I approached her she looked up and asked, "Did I win the race?"


My ex-wife would freeze up every time she told the story of coming home from church as a child and finding all the dolls she had left lined up in tiny chairs replaced by the dead squirrels that her father had killed that morning.


We told my older sister that if she had wanted to decorate the tree with us, then she should have gone to community college.


When I told my dad I'd misplaced my class ring, he told me his was lost 30 years ago when "a girl died in a car accident."


During a 6.2 earthquake that shook our building violently, my half-asleep husband sat up, looked at me in confusion and asked, "What are you doing?"

I picked up David Shields's Reality Hunger after reading not reviews of it, but mentions of how polarized the reviews of it have been. The book is apparently a new classic, a jolt to the solar plexus that belongs on every syllabus, a wake-up call for the 21st century--or a piece of crap.

I found it neither. I'm looking up reviews after the fact to try to figure out why so many have responded so intensely to the book. I enjoyed it; I'll give it a 3 out of 5 stars on GoodReads. I don't think it said anything new, unless the newness is in David Shields being the one saying it. The main thrusts seem to be:

A) all memoir is fiction, people, just like all history and biography: bits are fictionalized, whether they be "perfect recollections" of conversations that took place decades ago or claims that one spent three nights in jail when one did not. Hence, it is kind of silly to be morally outraged by James Frey. (With this I did not disagree--though I do think one could claim a little outrage if the book was only published because the publisher thought it was true--outraged that it might have remained in the slush pile otherwise. But if you're an editor/publisher and you're only publishing a book because you think it's true, I think you should reconsider whether you'd still find the book of quality if it were "not true"). All memoirists, if writing for an audience, are manipulating things. There is no memory that is not manipulated. Agreed.

and
B) David Shields likes mashups and remixes and books that cannot be easily classified into one category. Not only that, but these are the only forms that are relevant to life today. The first sentence there works; the second really doesn't, as Shields seems to be mistaking a personal preference or a change in one's own reading habits or way of thinking for some new huge cultural shift. The speed and ease with which one might now mash up songs/videos/digital texts has wildly increased [and does mark a new huge shift], yep, and people are doing awesome things. But mashups and cut-ups and hymns-quoted-in-symphonies have been around for ages. Shields claims that narrative bores him not just because it bores him but because of this moment in time--and therefore narrative is dead. That is: narrative has come to bore him, he seems to believe, because he lives in the 21st century and not some other.

I share a lot of Shields's taste in literature. But I didn't enjoy sweeping generational saga-narratives with near-countless characters loooong before the rise of remix culture. I don't think narrative is dead, but IF it were, it wouldn't be because it's 2010. William Carlos Williams said, nearer to the beginning of the 20th century, "All sonnets say the same thing." One could as easily say that "all straightforward narratives say the same thing," which seems to be what Shields is trying to say. But, Shields, don't you see? All fragments with white space around them say the same thing, too! Honestly. "Oh, boy, another sonnet, which like a cat will always land on its feet, and where everything will be resolved in the final couplet." --that's Williams (well, I'm paraphrasing [grin]). But also, "Oh boy, another poem in fragments with lots of white space around them that reflect, how, like, nothing is reconciliable, and mumble mumble aporia lacuna gasp." Or "Another fucking collage."

The Onion indirectly made a much stronger argument for the death of the novel (or memoir or nonfiction or poetry that isn't chopped up into small chunks) a few weeks back with its brief, home-hitting article Nation Shudders At Large Block of Uninterrupted Text. But that's really more about the [potential] death of a delivery mechanism: the long-ass chunk of text. Japan's wildly popular cell phone novels have plots and narratives--people are just receiving them a little bit at a time, which likely heightens suspense and excitement about where the plot is going. I don't think that cell phone "lyric essays," Shields's form of choice, would succeed as well.

Plot isn't dead. Ask the cell phone novel. Ask James Patterson's empire--sometimes in the library it seems like every third book we own is "by" James Patterson, and he recently signed a deal to produce 17 more books in the next 3 years. James Patterson's books are nothing BUT plot. Yeah, Shields probably means that plot is dead in "literary" fiction, but he cites the popularity of reality shows as evidence of our culture's "reality hunger," so he isn't just talking about high art, either. Plot isn't dead, and it won't be as long as James Patterson or someone agreeing to write as James Patterson lives. Dialogue and character development, maybe, but not plot.

Up until my late 20s I pictured life like one long story…one fairly straightforward narrative. I feel now like it's more of a series of very loosely connected stories. Shields is right in that our lives now don't resemble long straightforward narratives. But really, did they ever? Say you're a serf in the 13th century. You only have a first name. Day after day, you have to do the same thing in the same place. You never travel more than a few miles from the place where you were born. Does this resemble a straightforward narrative? Not to me. Long, straightforward narratives were no more "appropriate to the time period" then than they are now. Narratives came into existence because of a hunger for narrative. Fictional characters came into existence because of a hunger for fictional characters. I don't look around and see any evidence that that hunger is gone from the culture at large. Gone for Shields, maybe, and never much of a hunger for me, either. But, for goodness' sake, look at Harry Potter: character! Hero! Quest! People are absolutely still hungry for story. And fantasy novels have been more popular in the last few years than "realistic fiction" has, by a landslide (with, in addition, a rise in adults reading children's & YA fantasy literature)…a hunger for LESS reality?
Now that I think about it: isn't the popularity of reality shows due to a hunger for fantasy, not for reality? American Idol/America's Next Top Model: an ordinary person like me gets to send in her photo or audition in front of powerful people she'd never meet in "real life," and maybe they'll see she's a diamond in the rough, and she'll rise to superstardom in the space of weeks! The Biggest Loser: I get a personal trainer, a first-class gym and a personal chef, all as top-notch as Oprah's, to help me lose weight! And free time to concentrate on nothing but getting fit! Supernanny: an awesomely effective taskmaster with a British accent comes into my home and solves all my kids' behavior problems like that! The Bachelor. Survivor: I get to live outside and test my physical & psychological mettle like I've always wanted to! I get weeks off from work to do this!
Reality shows are fantasies come true. A hunger for reality would be a desire to watch people who want to lose weight check diet books out of the library, make themselves meager, halfhearted breakfasts, and try to exercise somewhere between parenting and work duties without collapsing from exhaustion. Just because the contestants on The Biggest Loser are working hard doesn't mean their situation isn't a fantasy. COPS might've been closer to something one should call a reality show.
Anyway--Shields finds straightforward narratives, now, inherently boring. But "novels of ideas" can also be boring. Lyric essays can be boring as hell. Mashups can be boring (Shields does admit as much in reference to Girl Talk's mashups. Hear, hear). Collage (a technique Shields heartily approves) can be boring--just look at 80% of the collage greeting cards for sale at Etsy (a site I heartily approve, but still). Aphorisms can be boring (all aphorisms say the same thing). Shields seems to imagine working in these forms automatically gives value to one's work--a bad collage is better than a great narrative, makes more sense at this moment in time than a great narrative. I really disagree with him here.
I didn't get much of a "manifesto" vibe from Reality Hunger (subtitle: A Manifesto). My favorite quotes from it did strike me as manifesto-like: clean, direct statements of an argument that make one go Unh and that hit with the weight of facts:

The way to write is to throw your body as the mark when all your arrows are spent. -- Emerson

...and the heaviest, most painful one, one I was already familiar with, but that still had me burst out, when I read it, "I want another ticket!"--the most powerful quote in the book, for me:

In the end one experiences only oneself. -- Nietzsche
Posted by Emily Lloyd at 4:44 PM No comments: