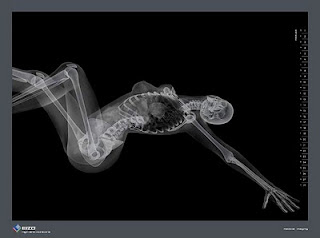 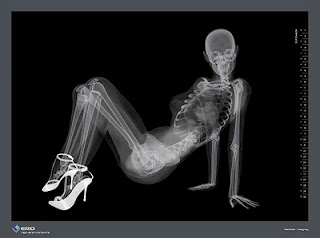 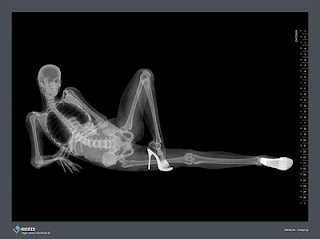 Berlin-based ad agency Butter created this calendar as a promotional giveaway for Eizo, a German company that supplies monitors for x-ray viewing. Click through to view misses January-December (most in more risque poses than these). Via PicoCool.
Posted by Emily Lloyd at 7:51 AM No comments:

Hyperbole and a Half on Being an Adult

Neatorama points to a great short comic about the times one occasionally decides to try to be an adult: "This is Why I'll Never Be an Adult". I love the expressions its creator, Allie, manages to completely nail in just a few seemingly simple drawings: 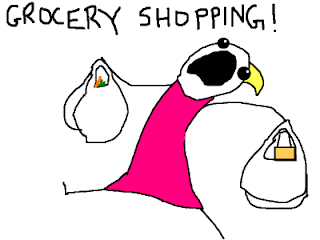 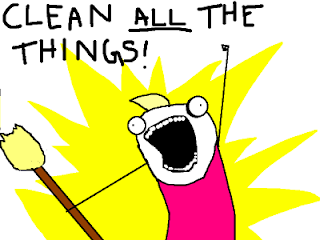 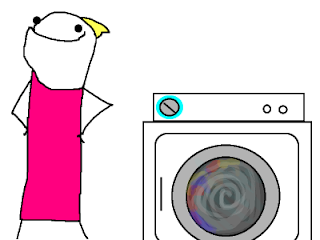 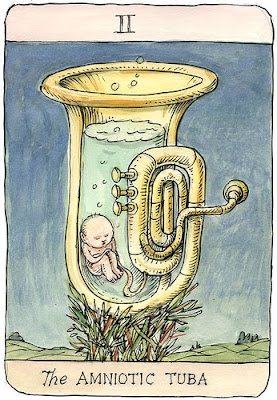 (a precursor to Nadler's Cards of Wu series, via the continually wonderful A Journey Round My Skull)
Posted by Emily Lloyd at 10:28 AM No comments:

One half of a secret handshake

I’ve just started listening to Michael Chabon’s recent book of essays, Manhood for Amateurs, and this line from early in caught my attention:

Every work of art is one half of a secret handshake.

It articulates so well my experience of reading books as a child. Or looking at art, for that matter. I feel now that I experience most works of art (including ones I manage to make) as one half of a fist bump.

Janet Maslin refers to Josh Kilmer-Purcell's new memoir--one of many, many memoirs in the last few years about urban sophisticates moving to somewhere countryish, milking goats, and raising chickens--as "Chicken Lit." I like this designation almost as much as "Bonnet Rippers" (don't know who said it first) for Amish romances.

[on cutting hours at public libraries]

"Public Broadcasting is a good example for public libraries (and a competitor for donor support). Does public radio turn off their transmitter when they need money? No, they put on specially good programming and have pledge drives. My local library puts donor names on bricks; I'd like to see libraries put donor names on opening hours."
-from "Are Public Libraries in a Death Spiral?" by Eric Hellman (via Katherine Gould's PVLD Director's Blog)

Boneshaker Books, opening in what had previously been Arise!Bookstore's space on Lyndale Avenue, Minneapolis, has an intriguing offer for book lovers (or book writers):

"Do you have a favorite book that you or your organization thinks every bookstore should stock? Join our Skeleton Crew with a $250 donation. You'll get to select a book that Boneshaker Books will stock, permanently. That's right: we promise to always have your selection in stock."

Kind of scary. Kind of awesome. Don't tell any Tea Party members.
Posted by Emily Lloyd at 12:46 PM No comments:

Caught in the oil at The Big Picture 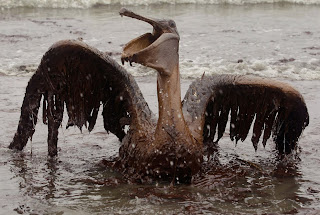 The Big Picture has a new gallery up, by AP photographer Charlie Riedel. Eight photographs of seabirds mired in oil in Louisiana. Don't miss it.
Posted by Emily Lloyd at 9:40 PM No comments:

You can see more (all?) videos from the process at canzona's YouTube channel.

(via BoingBoing)
Posted by Emily Lloyd at 6:31 AM No comments: 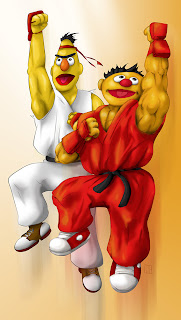 Sesame Street Fighter by ~gavacho13
Posted by Emily Lloyd at 8:25 PM No comments: