I've posted about mashup artist Pheugoo before (9/07). Here's a new favorite of mine: Johnny Cash covering Nine Inch Nails meets Queens of the Stone Age (the video's a still image; embedding so you can hear the song)

You can download the mp3 of "Hurt Wit Chu" free at Pheugoo's site.
BRAT Mashups are new to me (and available as free downloads at BRAT Productions Mashup Page). This one, laying the vocal from the Cure's "Just Like Heaven" over the music and backing vocals from the Commodores' "Easy," is brilliant:

Finally, here's "Time After Romance"--Lady Gaga/Cyndi Lauper/Three 6 Mafia by mochi beats (free download). It's more of a jolt than the above two at first (I like that in a mashup: when it takes a second for your brain to rearrange itself and be able to simply hear the music as it is, not just how it differs from its source tracks), but on repeated listens, I think the mix really brings out the sweetness of "Bad Romance"--it's a love song, fit for a slow dance:

Posted by Emily Lloyd at 1:10 PM No comments:

"Scarcity is easier to deal with than abundance, because when something becomes rare, we simply think it more valuable than it was before, a conceptually easy change. Abundance is different: its advent means we can start treating previously valuable things as if they were cheap enough to waste, which is to say cheap enough to experiment with. Because abundance can remove the trade-offs we're used to, it can be disorienting to the people who've grown up with scarcity. When a resource is scarce, the people who manage it often regard it as valuable in itself, without stopping to consider how much of its value is tied to its scarcity. For years after the price of long-distance phone calls collapsed in the United States, my older relatives would still announce that a call was "long distance." Such calls had previously been special, because they were expensive; it took people years to understand that cheap long-distance calls removed the rationale for regarding them as inherently valuable.

"Similarly, when publication--the act of making something public--goes from being hard to being virtually effortless, people used to the old system often regard publishing by amateurs as frivolous, as if publishing was an inherently seriously activity. It never was, though. Publishing had to be taken seriously when its cost and effort made people take it seriously--if you made too many mistakes, you were out of business. But if these factors collapse, then the risk collapses too. An activity that once seemed inherently valuable turned out to be only accidentally valuable, as a change in the economics revealed."

(Shirky elsewhere discusses how, yes, being able to publish at the push of a button means we'll see a lot of crap published--but we'll also see more experimentation and variety in what is published, as publication is no longer tied to the need to make a profit and appeal to a large swath of consumers; a book doesn't need to be a "guaranteed bestseller." Before movable type, the average book was a classic--only canonized "great books" saw paper, because they weren't a risk. Movable type paved the way for cheesy romances, throwaway lit, etc--but also for more risky writing. Same with the "publish" button on blogs or elsewhere on the web. Poetry has long been in this kind of model, I think--to some extent it seems, now, as if all the world's not a stage--but a small press.)
Posted by Emily Lloyd at 6:50 AM No comments:

What a great idea: a small theater company in Portland, OR performs "Trek in the Park"--"a live performance of a classic Star Trek episode." I'd happily perform Golden Girls episodes in a Minneapolis park if I found some willing costars.

I wasn't able to get into Justin Cronin's The Passage before I had to return it to the library, but the epigraph stood out for me: Shakespeare's Sonnet 64 with the final couplet lopped off. I like reading and writing sonnets, but find the turn in the final couplet (or sestet) often feels dishonest ("All sonnets say the same thing"--William Carlos Williams). Sonnet 64's final couplet doesn't feel as forced as others, but I think I agree with Cronin that the poem's stronger without it. I had a professor who theorized that Shakespeare wrote the first twelve lines of his sonnets, then farmed out the final couplets to an apprentice.

"On crude functional levels the postwar suburbs have failed. One can measure, for example, the miserable rise in vehicle-miles traveled, up 40 percent in just the past decade, with all the associated problems of energy, pollution, time and stress. Or one can watch the annual budget scramble in which unsustainable municipalities attempt to provide services to far-flung citizens or to maintain an inefficient, non-compact infrastructure...On a less crude, human-nurturing level, sprawl does not measure up either. We are only beginning to discern the social entropy that results when 'sense of place' vanishes. Participating in self-government has become a low priority for many because they've lost the sense of belonging to a local culture."

New research from Harvard indicates that doing a good deed can temporarily strengthen your physical endurance--and doing an evil deed may give you an even greater boost.
Posted by Emily Lloyd at 10:40 AM No comments: 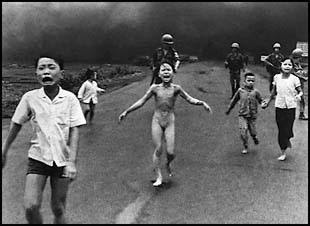 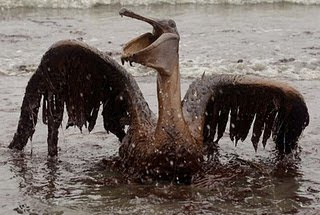