"The States are full of mush and pie" 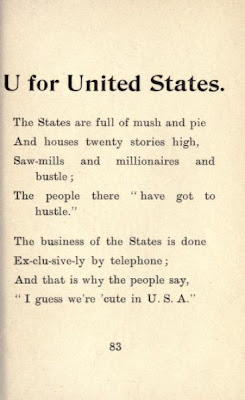 I've been enjoying A is for Archive: 100 Years of Alphabet Books at the Internet Archive. Most of the books can be quickly loaded and flipped through. "The States are full of mush and pie" is only one of many promising lines from T.W.H. Crosland's 1901 Little People: An Alphabet.


1899's An Alphabet of Celebrities by Oliver Herford is also worth a spin. Sample pages: 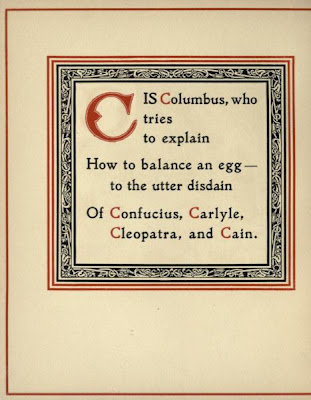 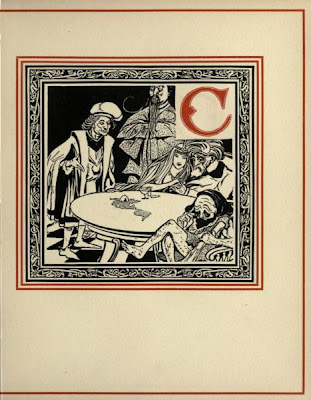 1905's An Alphabet of History includes both nonfictional and fictional characters, apparently without drawing a line between them. I is for Iago, which is rhymed with "Chicago." Caesar, for the rhyme, is a "frosty geezer." E's Euripides is also called, for the meter, "Rippy." X is for Xantippe (or "Xanty"), Socrates's wife, portrayed with a husband-clobbering rolling pin: 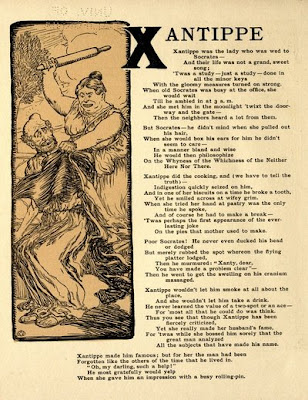 Another book's X is for "Xerxes," and another's for "Xanthus." O, the plight of the alphabet book author before the invention of the X-ray!